Hi.
I’ve been looking for a small and slow cheap motor to replace the Nema23 stepper motors on my small cnc mill

Would this motor be a good replacement together with the odrive board? 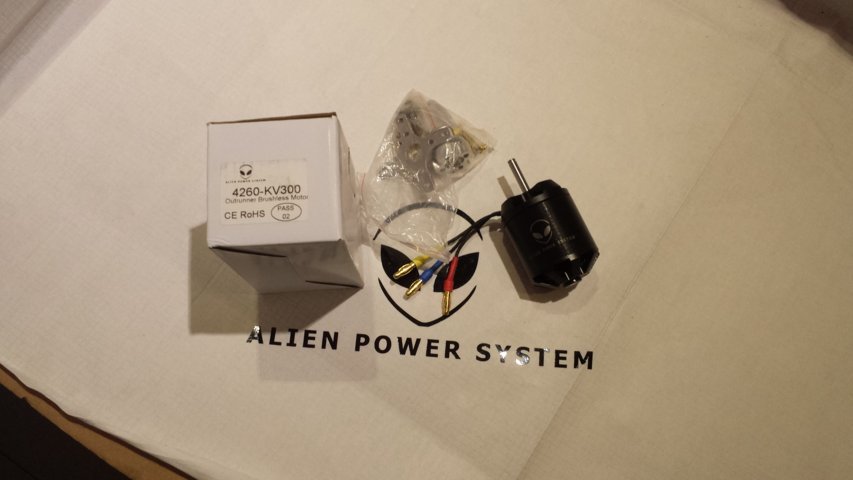 Does anyone have experience with Alien Power systems?

Any opinions on the magnetic AS5047p vs the capasitive CUI encoder on a CNC.
I’m planning to make my own PCB for the AS5047p, and would like to first know if there are any reasons to chose CUI instead.

Keep in mind that this only has hall-effect sensors which are currently not supported by ODrive, you can still add external encoder though.

I have my doubts about that 4 Nm rating in a 4060 motor, I feel its very unlikely that’s the continuous rating; and if it’s a burst rating they don’t specify the duration. If you compare to the other motors of the same size in the ODrive motor guide, they have about a quarter of that torque.

As a community we are looking into both of those encoders, but we don’t have much results just yet. They both look promising.

But I don’t think I would need too much torque to rund a ballscrew cnc axis. I’m using some cheap small nema 23 steppers now. I want to do this to make a silent machine, not powerful. And the slow sk3 motors looks like an overkill in size and power.

And, are there any features on the 24V board that is not on the 48V? Are there any reasons to buy the 24V except of the price? The software is the same?

And I think the reason the motors of similar size in the overview have lower torque is because they have much higher rpm/v. This one is only 100kv. And that is what makes it special. There are very few small 100kv motors for sale.

What is your pall screw pitch and how heavy is your moving mass? I think you are right, it’s likely fine, either way only one way to find out for sure.

The 24V board and the 48V board are almost identical except for the max voltage: same current handling capability, same current noise performance.

I don’t think that is how it works. For a given motor size, you can wind it with many turns to get a lower rpm/v. But then you have to use a longer and perhaps thinner winding, increasing resistance, and lowering the max current: the net effect is that the torque rating ends up being the same. This abstraction is captured in the motor constant (or sometimes motor size constant).

Thanks for the quick response. I’ll look more into motor calculations before I make my decision.
Here is what I read online :

If I order two dual controllers, could one channel be used for the spindle with 0-10v control signal? My spindle is only 250W and brushless. This would simply my setup. Would there be any problems sharing the resistor with one of the axis? And I guess I would have to attach a brake to the z-axis in case of power failure. (Having a spindle might increase the chances of power failure to the shared axis?)

could one channel be used for the spindle with 0-10v control signal?

Yes, once we finish the analog control input feature. You would need two external resistors to divide the control signal to 0-3.3v, but that shouldn’t be a big issue.

I don’t really understand what the connection is between a brake resistor and a power-failure situation? The purpose of the brake resistor is to burn off the energy recovered from the kinetic energy when decelerating, this happens every movement cycle for fast movements. Either way, I would recommend having the power resistor installed, and it shouldn’t be a problem that one of the axes run a spindle. Do you plan to run the spindle in sensorless mode?

I don’t really understand what the connection is between a brake resistor and a power-failure situation?

Depeding on pitch, a ballscrew will allow the Z-axis to drop if there’s no brake (physical brake, not brake resistor) to hold it in position, and power is removed from the Z-axis motor.

But I don’t think I would need too much torque to rund a ballscrew cnc axis. I’m using some cheap small nema 23 steppers now. I want to do this to make a silent machine, not powerful.

Openbuilds’ “Small” NEMA 23 steppers have 175 oz-in of holding torque. That’s only about 1.236 Nm. You’re going to be able to beat that with nearly every motor in the spreadsheet. Your biggest issue is going to be accuracy/precision. One of those steppers with 16x microstepping is good for 3200 steps / revolution. The standard encoder that people use with ODrive is 2400 steps / revolution, or about 3/4 the precision. Add cogging torque to that, and you’re not likely to be too happy with your part tolerance. IMO you should either change ballscrews to a higher pitch or use gears or a pulley set between the motor and the ballscrew. Or use a more accurate encoder, high gains, and enable anticogging.

Unless you’re just doing wood, then you’re going to be well within tolerance and you can totally ignore me lol

Ah yes sorry my bad, I guess I didn’t read carefully enough. Yes when the drive is unpowered the motors will be free to turn.