Hi I’m working on a project developing a 3D printable gearbox, and I’m trying to do some torque testing of some of my designs soon. I’m driving an electrocraft RP34 with a renco R35i encoder on the rear shaft. After some researching about differential encoder signal conversion, and some attempts at soldering some stuff together I came to the conclusion that connecting it to the Odrive and just ignoring the not signals is the simplest solution (I hope). I’ve gone through all the setup steps on the Odrive website, I got through the AXIS_STATE_FULL_CALIBRATION_SEQUENCE, it worked fine, and I went onto the encoder stuff. But I’m pretty sure that’s where my issues arise, when I tried to run .requested_state = AXIS_STATE_ENCODER_INDEX_SEARCH nothing happened. I’ve gone through and tried to understand as much of what the terminal is telling me about it, but I’m new to this so it’s all still a tad confusing and I don’t know my way around. From odrv0.axis0.encoder I can see that there’s an 0x0004 error, and from reading the errors page that seems to be something to do with the signal gain? But again I don’t know enough about this stuff yet to know for sure for myself. I hope the screenshot below might be helpful, if not let me know what would be. Thanks in advance! 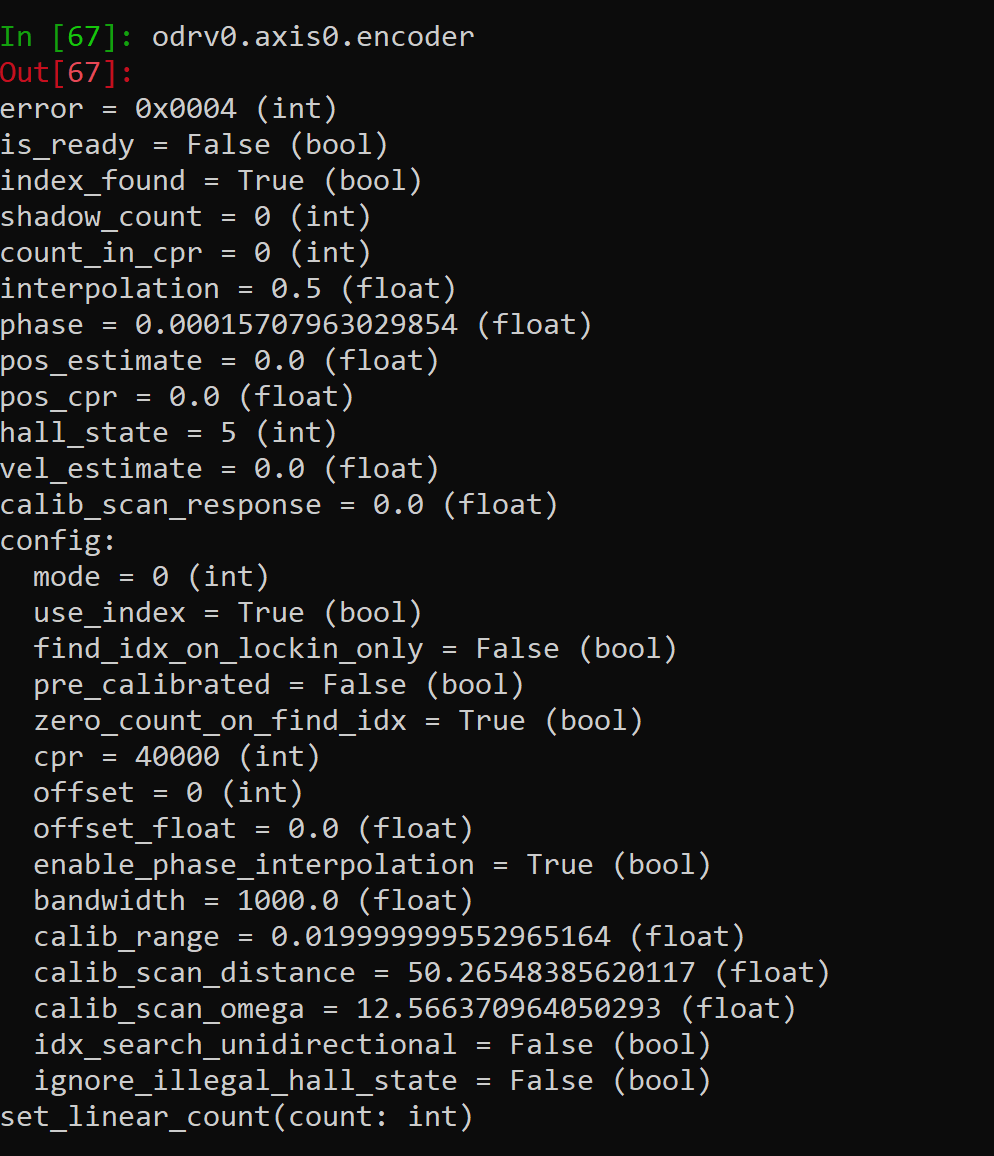 Use dump_errors(odrv0) to get actual names for your errors.

I would use the “NOT” signals instead, because we have pull-up resistors on the ABI interface, so you want to actively pull the lines down.

Thanks, using the NOT signals seems to have helped something because I no longer see any errors under the encoder, but .config.startup_encoder_index_search still doesn’t do anything. I used dump_errors to see what’s goin on and it’s telling me there’s some issue about fet_thermistor. 1 I don’t have a thermistor so wtf? 2. I read up on some of the thermistor stuff and tried to see if I can get it to tell me anything, but it always says something like ‘RemoteObject’ has no attribute ‘fet_thermistor’ Here’s a screen shot of the dump_errors, thanks for all your help again!

I just got this while doing that. I’m gonna restart and see what it’s name is. If its still named nonses I’ll see what’s it’s telling me and I might try again? I’ll let you know if anything else happens. Hmm now I can’t seem to see the odrive on my laptop… 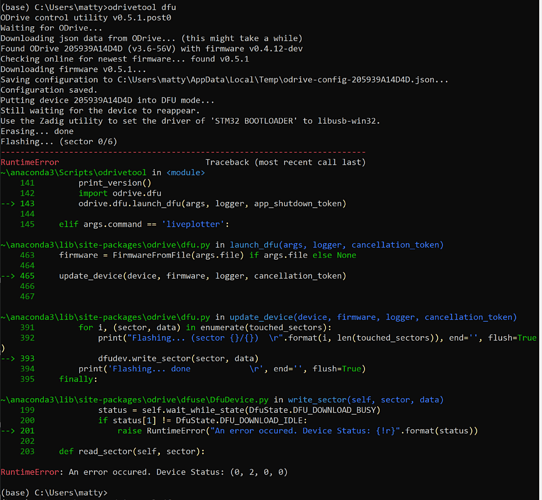 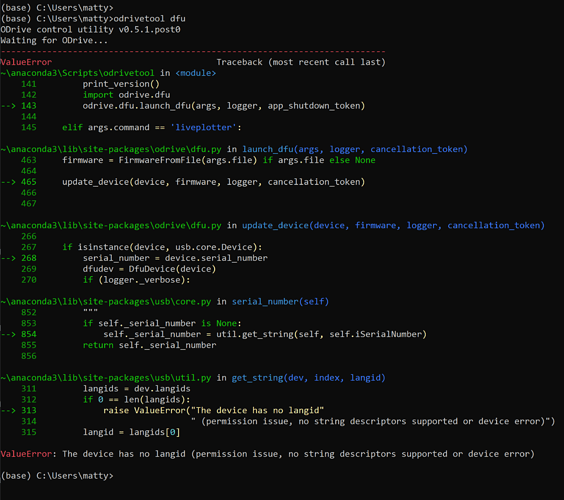 This was done with the first odrivetool dfu command

Honestly i would just get an STLink and flash with that