The connections are shown in the figure below. 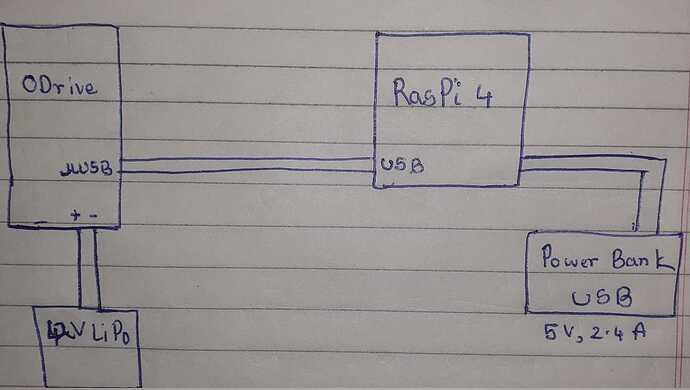 With the setup shown above, I tried running the ODrive tool on Raspberry PI.
ODrive connects and I see no problem.
But when I try to go to the CLOSED_LOOP_CONTROL mode, I loose connection.

Further, i thought that since the two devices are powered by different power sources, I should have a common ground.
Thus I connected the GND pin on ODrive controller to the GND pin on Raspberry Pi.

The connection setup for that is shown below. 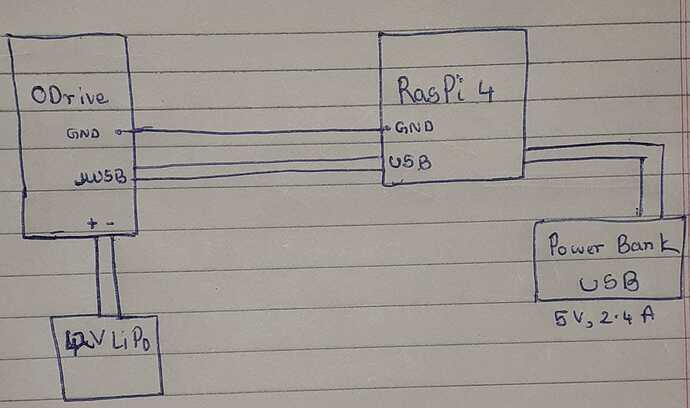 With the setup shown above, I again tried the odrivetool.
This time the connection does not drop when i set the axis state for both axes to CLOSED_LOOP_CONTROL mode but again tend to see connection loss while trying to set the velocity for the motors.

What could be the issue and how do i fix this ?

This is fairly common. Do you have ferrite rings on the motor wires? Adding them tends to make a big difference. Ferrite Ring ESD-R-28C-1 — ODrive