Hi, I am new here. I got started in drones and then all RC craft now I really want to build a “OneWheel” like hoverboard. I have my hub motor 48V 800W but I need a controller and the accelerometers and Gyros. I saw this on YouTube and came straight over created an account. Could this 48V controller get me over the finish line? I am looking so hard to find how one wheel does it but due to health issues don’t have 1800 for an XR. I am 3D printing and do small electronics and the one wheel is my challenge. I have used raspberri pies in the past but hoped to reach one wheel like operation without the “homemade look”. I would really appreciate any tips. As of now I am looking into buying or making a battery. It will be a 12S at 48v. I don’t know whether to go lipo or lithium. Any advice would be so appreciated !! Any info you need in order to answer please ask. None of the internals as far as BMS or any electronics haven’t been purchased though I had been looking into Vesc6.6 and the balance pro or a variant. Please forgive me for incorrect lingo. I am a programmer and just now getting back into electronics.

A self balancer is fairly easy to do with two wheels, because it is stable in one axis.
A single wheel balancer is unstable in two axes and only controllable in one. It is not controllable in any classical sense.
So I am guessing that the main trick is going to be working out if it is tipping left or if it is tipping right, and immediately performing some kind of manoeuvre to put it upright again. And the faster it can respond, the smaller these corrections need to be.

Unfortunately, I think you have set yourself a rather difficult challenge here. The mathematics to work out how to balance a no-armed unicyclist (a human unicyclist would wave his arms around and shift his bodyweight to stay upright, and even then it is hard to do, I certainly can’t do it) are going to be on the ‘horrendous’ end of non-trivial, I suspect.

Maybe this OneWheel company have used some fancy machine learning technique to create a balancing controller.

May I suggest that you try to build a two-wheeled hoverboard first? Maybe you could put the wheels really close together so it has the look of a OneWheel but is slightly more stable and controllable?

As of now I am looking into buying or making a battery. It will be a 12S at 48v. I don’t know whether to go lipo or lithium. Any advice would be so appreciated !!

Errr, the Li in LiPo is Lithium. What do you mean? o_O
Perhaps you are talking about polymer-electrolyte pouch cells vs liquid-electrolyte cylindrical cells? I think “lipo” pouch cells are cheaper, lighter, easier to manage and more powerful for this sort of thing, but do put them inside some kind of metal box where they are mechanically protected.
For a compact cell balancer, not really a BMS, I am a fan of the ISDT BattGo. But I’d suggest that you work on the motion control code before worrying about things like BMSs.

The ODrive itself would be best used as a torque controller in this application.
You will need something to read an IMU as fast as possible, and update the torque setpoint of the ODrive as fast as possible, perhaps over CAN. You can get a CAN interface for the raspberry pi, and perhaps a CAN-connected IMU would be the simplest option. Then write a python script to read IMU messages, run some control function, and send ODrive messages.

The control function will be the hard part, and I say that as a control engineer.

(note to self, google the thing before posting about it) 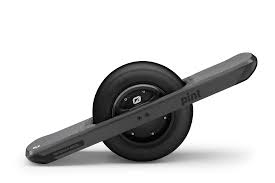 Ok so this OneWheel is not quite as horrendous to control as I had imagined (I was imagining some sort of unicycle robot).
This uses a really wide tyre with the riders’ feet as close to the ground as possible, so it is almost stable as far as the ‘roll’ axis is concerned. The rider should easily be able to balance that while the machine functions as a standard one-axis self-balancer. I guess they put all the batteries in the foot plates, which is why you were asking about cylindrical cells, because they are maybe more suited to that kind of space.

I still think you will have trouble, because ODrive would be quite bulky to fit in this enclosure.
Cable management, rather than control, will be your biggest problem.

I have googled it. There is Float and Fungineers store that I purchased parts from but of course they over sold the control boards though it said in stock when I purchased. The float store only takes orders in Bitcoin or other crypto. I have researched available boards and due to the silicone shortage and really everyone playing catch up there aren’t many alternatives which is why OneWheel can charge $2000. As far as batteries go I figured that LiPo And straight lithium battery would be clear but I still got snark. I am looking at a lipo in series or building a lithium 18650 battery up to the 48V using a bms. Yes I know lipo’s have lithium in it. That is what the battery type is called. The polish site popped up with a one wheel “hack” since I posted this. I appreciate those who tried to help. I am getting the footpads in tomorrow so all that is left is the controller. The vesc 6.6 is looking like the best option unless another board controller company has popped up. I was hoping that office with its precision would work but guess not. Thanks for your help. The snarky comment wasn’t directed at you. Lol gotta love people berating people that step out of their field of expertise. Maybe when office gets smaller lol.

Sorry, when I said note to self, I really meant note to self. I had posted the above section of my post WITHOUT googling what a OneWheel is. Sorry.
I thought rather than delete the first half of my post, I could put the explanation at the bottom, but I should have been clearer.
I am not trying to berate anyone for stepping out of their field of expertise at all.