Tried on 2 computers running Windows 10. Both show up in device manager just fine.

Installed Zadig and tried both libusb and WinUSB drivers. 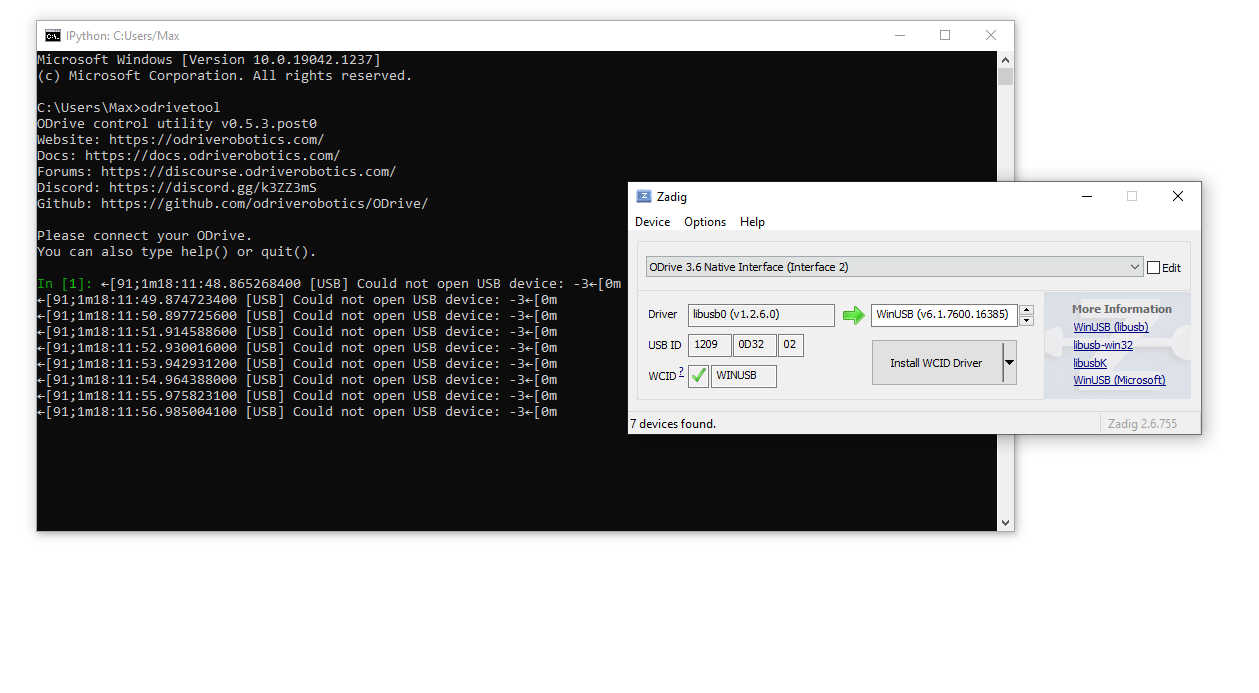 Any help would be greatly appreciated! I need to get this working today for my company.

Also admins - the search feature is broken on the forums.

Reflashed both control boards and I can now connect to them.

It’s really strange that both boards came with bad firmware.

It is sometimes (rarely) possible to erase the flash on the STM32 with high inrush current, it’s a really weird one. My boards went through a phase where I had to gradually increase the voltage instead of hitting them with 50V otherwise they would lose their firmware - but now they seem to be fine.

Hmm, I wonder if 0.5.1 (which is still shipping on new boards) isn’t connecting properly with the newest odrivetool?