Hey all! I’m working on a project that’s best described as a “auto-movable shelf.” It’s a vertical platform that should raise and lower quickly, then automatically lock into place. I’d then place a bunch of weight (like, several hundred pounds) on the shelf.

The shelf never needs to move while the weight is on it; it’s an entirely static load. So, I figure I can “cheat” and use small/less-torquey motors to move the relatively light shelf platform, and then use some sort of brake or locking mechanism to support the full load without burdening the motor. I want the (unloaded) shelf to move quite quickly, so I’m thinking either a belt drive or rack and pinion system - sadly a leadscrew just won’t work.

I’ve found several electrically-actuated ratchets and brakes, but they’re meant for serious industrial automation and run in the hundreds of dollars. So: does anyone know of a cheaper maker-grade braking/locking mechanism? Thank you! 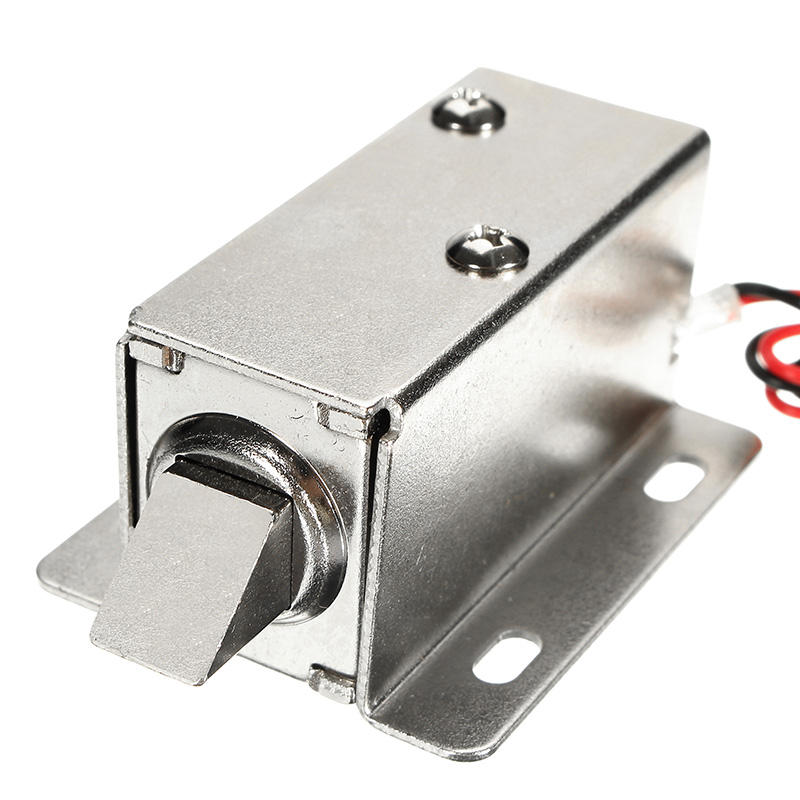 the cool thing is that when the platform raises, the latches will automatically engage at height (if you install with the bevel side down) then you just release the latches using some relays controlled by an arduino. try to find some heavy duty ones, because this one probably couldn’t hold very much weight. there are beefier ones out there. They don’t have to have the bevel, you could just use a heavy duty solenoid. the bevel just makes it nice. The only thing i’d be concerned about is that there is enough clearance for the solenoids to be able to pull rod back, i.e. that there isn’t too much weight or friction on the posts.

These look awesome @tomsepe, thanks so much! Do you think the solenoids would be able to bear all that weight, or would I need to set up some sort of bushing/brace to support the plunger itself? Just thinking aloud here - I should really just pick some up and try it out.

I’d still be interested in some sort of rotary brake that I could fit to the motor shaft itself. That way, I could lock at any position rather than pre-defined “ratchet points.” But that isn’t too big of a deal. Thanks again!

Do some more searching… there is probably something out there that is more heavy duty than these. this was just the first thing that popped up. as I said before there are also just heavy duty solenoids that don’t have the beveled latching part… just a round rod. dig around I’m sure you’ll find something

Shaft brakes a fairly common in industrial servo applications. I’d suggest putting “NEMA 23 brake” into google to get started - probably not exactly what you’re looking for, but it’s a good starting place.

That said, a rotary brake on the motor shaft still has issues as you described the application. With the motor off, brake engaged, the full load is still bearing on the drive mechanism. Several different types of failures could lead to the load dropping. I would think some type of mechanical latch as close to the point of load would be better.

Consider this:
https://encrypted-tbn0.gstatic.com/images?q=tbn:ANd9GcSIzmLVleRD9EGeS25-pKd880MYHHzAsST6q8rXxLamYfDQGpUjJg
To lift up, just pull on the moving jaw (belt to jaw, lifting up) to let down, connect the belt to the latch lever (on the right side of the bar in this picture) a bit of pull disengages the latch and as it falls the latch reengages.