I have some noise while spinning the motor, in velocity mode. I sounds like commutation, and the current on phB and C has a spike, also the speed it’s affected.

So, the blue line it’s the speed (it’s divided by 50000, to scale up with the currents), green and orange current for phB and C.
The big spikes in the current coincide with the noise that i hear during spinning. 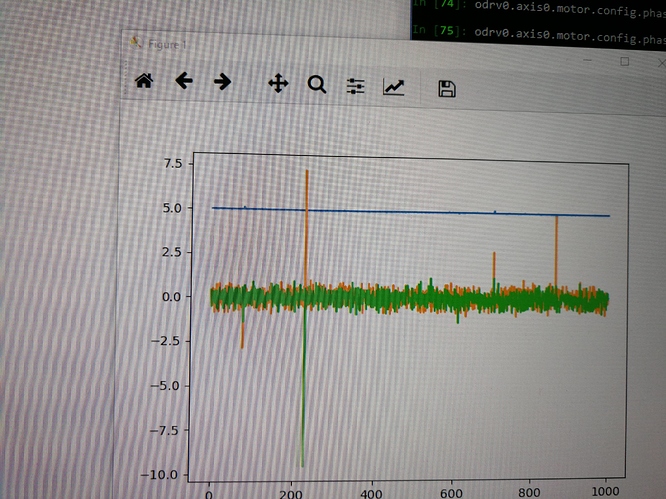 Video with the motor running

What encoder are you using? How is it connected? 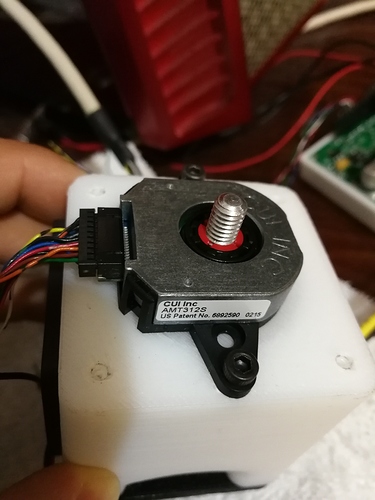 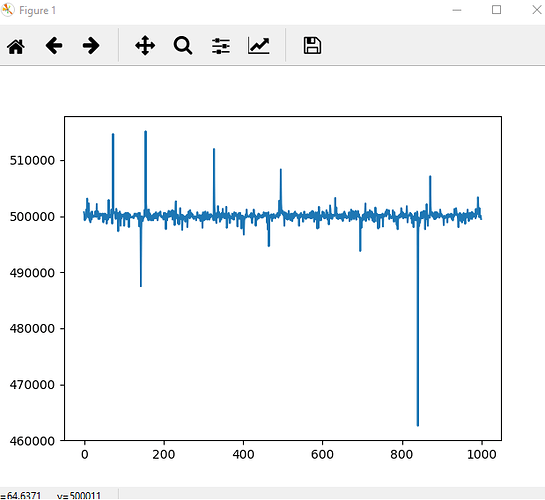 I don’t know why, but it seems the pictures you uploaded have gone missing. Do you mind uploading them again? I was able to restore the images from backup. From the RPM spikes and from the fact that you are mounting the encoder sleeve onto threads, I’d say the encoder is slipping.

Having calib_range below 0.05 is not advised, and if you need to set it that low to make it work then something is not right. Why is offset_float relevant here? As far as I know it only really makes sense to look at for very low resolution encoders.

Let me make some new tests with a new encoder and a different mounting option and i will get back with feedback.

I’ve got a new mounting system for the encoder, also a new motor
Also the encoder it’s new so it’s not damaged.

The problem persists while spinning. 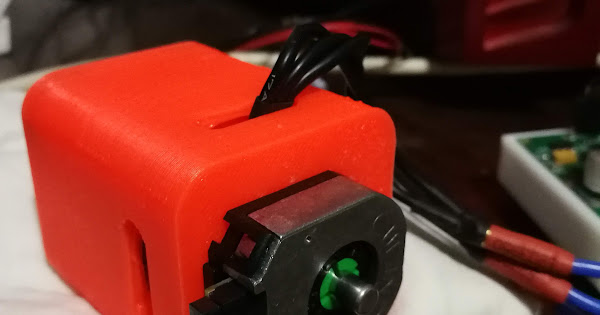