OK! I have started a Deck Donkey project to go along with my Donkey Project.

I am running it headless thru a Jetson Nano. I created a desktop app ddod (deckdonkey odrive). I first tried to go with native protocol but saw that it would be long winded; so then tried the ASCII protocol. I am using Qtcreator on the Jetson Nano and desktop. For now I am using only the motor velocity command. It allows me to go forward, reverse, left, and right. It shouldn’t be too hard to put a pivot right and left for tight corners.

I do have some issues though.

Is there a way to issue this from the ASCII protocol?

Issue #2:
Motor1 will sometimes quit and Motor0 is left going in circles!
dump_error will indicate a hall sensor error. Do I need add capacitors to the hall sensor leads?
These wheels also have quadrature optical sensors but I have not found the hook up procedure. Can some one point me to that setup. Thank you!

Issue # 3
Is there a way to do the dump_errors using the ASCII protocol?

Again I thank you for your attention.

I will follow up on your suggestions and let you know.

The Arduino examples show you how to set axis states with the ASCII protocol, I would start there.
I don’t believe there is a way to dump errors via ASCII, sorry

So I am running my deck donkey using my created app ddod. I have dropped the hall sensors in favor of the incremental encoder thanks to the setup provided by androiddrew using the SkysEdge rw170 wheels. My only caveat is the initial encoder calibration after turning on the Odrive and Jetson Nano.

I have no hang ups after the encoder calibration. Banging into obstacles has not caused any
problems has yet. One time I push my DD into a box at a high rate of speed and kept it going for a good while; after reversing away from box the only thing I notice was that the 20 v battery I used dropped from 19.9v to 18.7 volt. 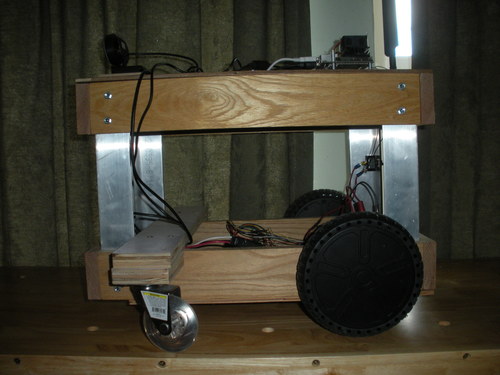 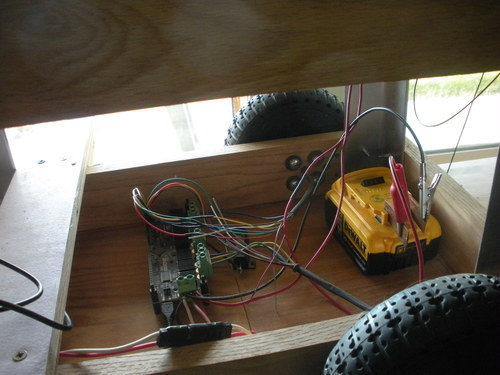 My ddod application is running the ASCII protocol mostly using the velocity commands. I will experiment with other ASCII commands and report results.

I am happy with incremental encoder versus the hall sensors; so if I look for bigger wheels and motors I will look for optical encoders that
will come with them.