Pretty new to odrive and I’ve been having quite a bit of trouble. Today I just decided to do an odrv0.erase_configuration() to get a fresh start and immediately ran dump_errors(odrv0) afterwards. Just wondering, is the “system: not found” message something to be concerned about?

is the “system: not found” message something to be concerned about?

Not really - it just means that your odrivetool version is newer than your firmware version, - the tool is looking for a feature that doesn’t exist in the old firmware, i.e. system-level errors. But it is otherwise behaving correctly. You can update the firmware easily with the odrivetool dfu command.

Thanks for the help! I tried running odrivetool dfu, but I got an “array index out of range” error: 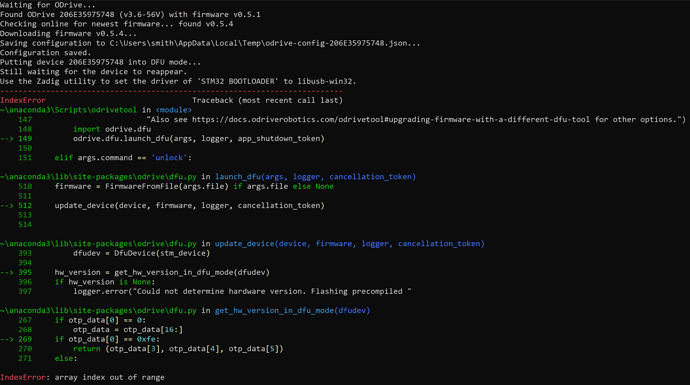 and when I tried running the command again, I got a different error saying that “the device has no langid”: 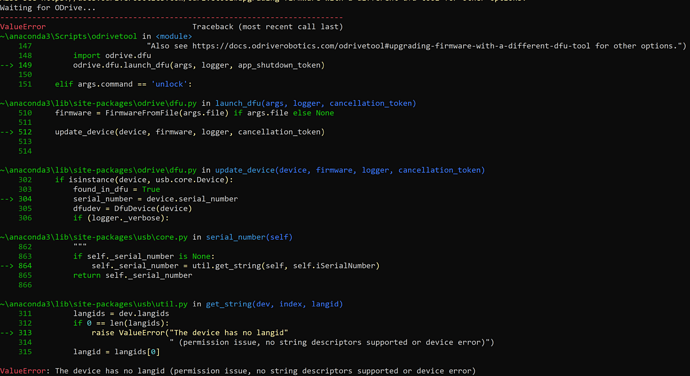 I tried referencing the thread

As Wetmelon says, I would strongly recommend using Linux (e.g. raspberry pi) to work with ODrive. Windows has a problem with USB devices using more than one driver (we need one to use the device and another to update firmware) whereas Linux just doesn’t have this problem, and it is so much easier to install & use open source tools like dfu-util, openocd, python etc. That said, if you have no access to any kind of Linux environment

but I’m still not sure how to solve this issue. I’m using Windows, unfortunately

I just saw the pinned message in the support channel on discord, will be trying that

Any luck getting it flashed?

Whoops super late reply, yep I got it working! Thanks so much

Question: My current Odrive isn’t dumping errors at all? 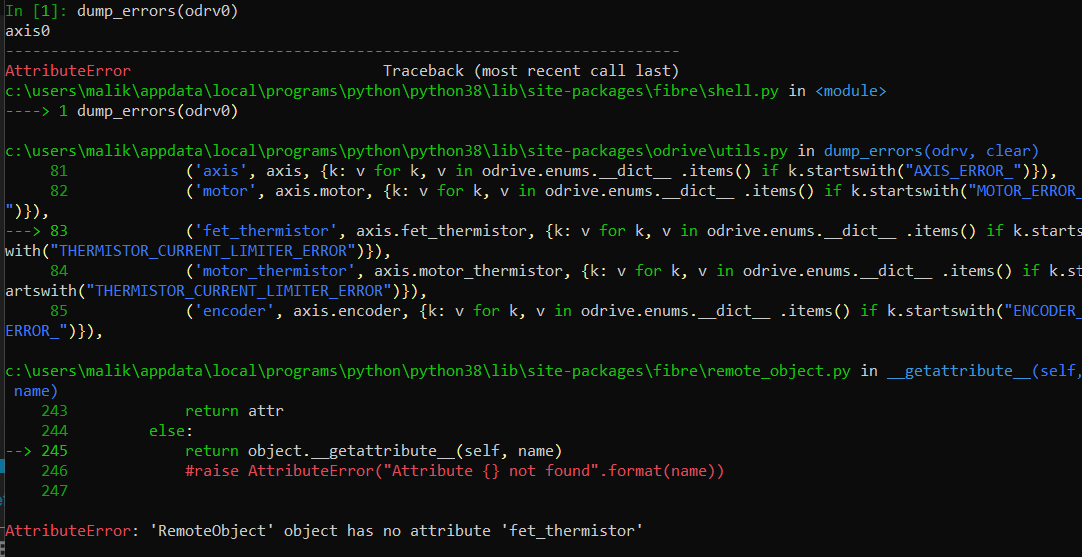 You have a mismatch between your odrivetool version and your firmware version.

Thank you, I upgraded the odrivetool and everything worked