When the engine is on, it creaks(feels like the engine seize up flashy ) whenever it rotates to a certain angle, I was wondering why it happened and how to deal with the code. It’s kinda hard to solve…
channel 3 is current of phase C,channel1 and channel 2 are encoder. 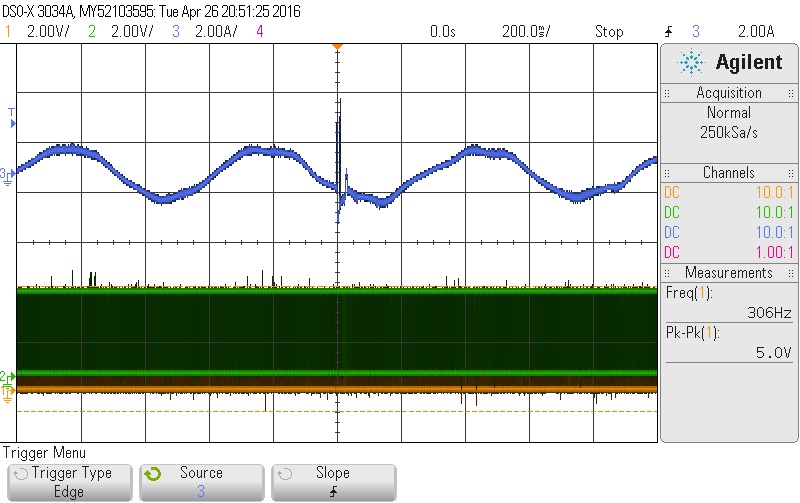 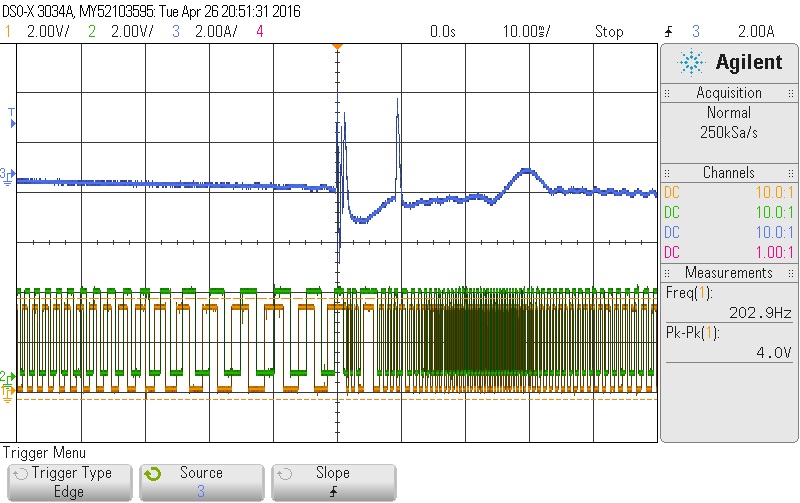 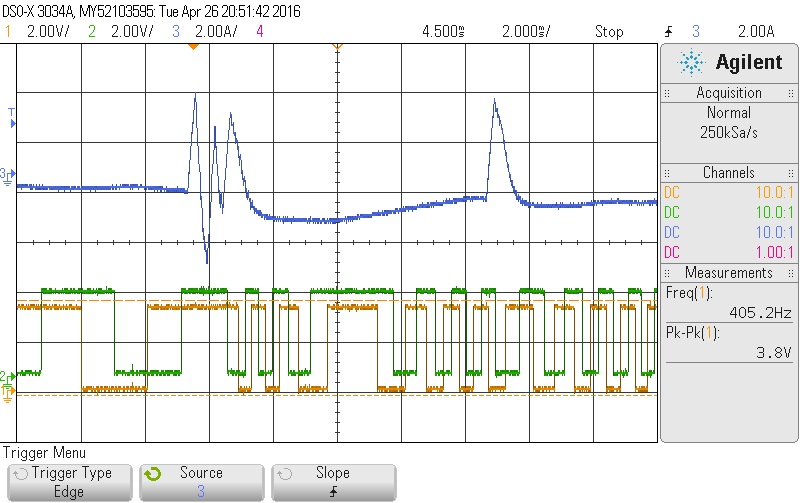 Which motor channel are you using? M0 or M1? Have you applied this fix to your v3.3?:

Grounding issue on the left side of the board

Impact I have confirmed that the following two bugs are fixed by fixing the grounding issue: Spurious steps when using the J3 GND as reference for step signal (see thread). M1 randomly glitches out (beeping, screetching, vibration). The latter of the two is caused by the M1 gate driver receiving spurious switching signals. The fix The fix involves cutting the ground plane around the M1 gate driver in 3 places, and soldering a fix-wire to the GND on the back of a pin on J2. Tools required for…

I have never seen this kind if issue before. Please Direct Message me or email me, and let’s set up a skype session and you can show me the problem in more detail.