What’s the best option to sufficiently power 2 of these D6374 motors? I have ordered the 56v variant of the ODrive. Mains voltage in Canada is 120v and will be powering them with a PSU connected to the wall.

I plan on using the 2 motors for force feedback so they will be running intermittently, but I would like to power them to get the most torque for short periods at a time.

I was thinking of running a single 48v 1000W power supply with a small bank of capacitors to handle the short current spikes the motors could draw. Would there be a better option?

EDIT: I’ve found 2 topics that might have covered this here:

Hi dear odrivers, today I get first time in touch with this site and recognized already few features - certainly not all - of this marvelous control. I like to share and discuss an idea of a Force Feedback Flight Yoke for my flightsimulator and I am keen on your comments! So the idea ist pretty simple: I like to use a pretty cheap brushless motor like mentioned and recommended already here in the community and drive a simple tooth belt to which something like a sledge is fixed. Further the sle…

This is related to, but also a bit different from, the Force Feedback Flight Yoke project. I fly gliders. For training purposes, my gliding club is trying to build a simulator with a mock 2-seater cockpit (similar to the ASK21 gliders that the club uses for instruction). There will be a cylindrical screen and 3 (or possibly more) projectors, the mock cockpit in the center. To get a good feel for the controls, and the interaction between instructor and student, they will likely be built much li…

This is all to be part of an open source force feedback joystick I’m working on. Old design was to use electromagnets but will be changing it over to use BLDC motors instead. 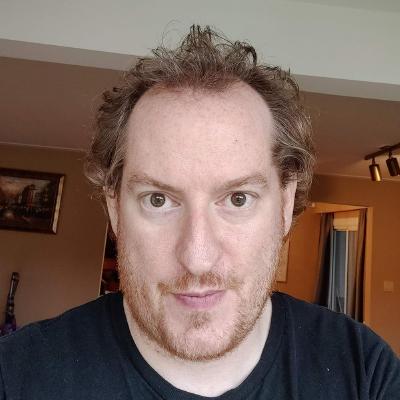 An open-source joystick with force-feedback. Using 3d printed parts, Arduino based firmware. This will encompass all aspects of building your own joystick that can be customized to your liking. - ...

Worst case, you need high braking force when the user is slamming the stick from one side to the other against the force, but I can’t imagine that rpm will actually be all that high.

Cool project - might want to consider some gearboxes like the VersaPlanetary + a smaller motor. Not sure where price vs performance will work out.

Thank you very much. Calculating this has been so confusing to me!

So for the D6374: motors they could handle ~70amps * 2 motors 140amps for the purpose of what I’m using them for, the voltage will be far less important. I think it’s also unlikely I would need to drive both motors at 70amps so could get away with a 100amp power supply like this 12V 100A one.

I’ve thought about running gears but from hearing similar setups people have done, the feel of the gears meshing together becomes undesirable.

I have thought about using belts because you wouldn’t feel them. I think an easy setup would be to just take some electric skateboard motor mounts (they have the belts, pulleys already). Another benefit with them is I could offset/raise the motors as the pitch axis might be pushing the motor into the base too much as that axis pivots.

I’m not sure how the motor cogging will come into play with all this or if it’ll become an issue. I guess cogging would be less in a direct-drive setup.

Finally some good active cooling fans on these motors will probably be a big “must” with high currents!?

For your application, where you have zero speed, you can instead calculate motor power as I^2 * R (resistive heating loss)

Edit: whoops, realized I did my math wrong in the last post, that probably didn’t help lol

Another thread on this subject here:

Hi All, I have the following set: ODrive 56V v3.6 D6374 motor with 10cm lever attached to its shaft AS5047p (AB mode; cpr=4000) encoder 20Amps power supply. rc-v0.5.5 odrive tool setup: odrv0.axis0.encoder.config.cpr = 4000 odrv0.axis0.requested_state = AXIS_STATE_FULL_CALIBRATION_SEQUENCE odrv0.axis0.requested_state = AXIS_STATE_CLOSED_LOOP_CONTROL When I move the motor shaft out of the balanced position the motor counteracts (trying to move its shaft back to the origin), I can fee…

And specifically on the issue of power supply for this application:

The D6374 and the CUI encoder might not be the best choice of motor for a force-feedback system - this motor is designed for high power-density only - it is not meant as a servo and so has high cogging and other torque ripple effects, meaning you might not get a high fidelity force feedback feeling from it; there will be a certain amount of torque variation with any movement, even where the torque setpoint is held constant.
A better choice might be a large “gimbal motor”.
It’s possible to compensate some of this out in software; but for that, you ideally want an absolute encoder (with the highest available resolution).
For a joystick, you might need an absolute encoder, because you can’t easily detach the motor from the mechanism to perform calibration on start-up.