Golden Motor has some decent prices on hub motors as well as larger BLDCs.

I’m sure motor suggestions are great and appreciated, but none of these are as cheap or powerful/low kv as hoverboard motors esp used ones. Cheap defined not only by cost but availability and limited reworking.

I think the topic is great, but I see a couple of motor suggestions that are neither as cheap or as powerful as hoverboard motors :D. I’ve been interested in repurposing a few hoverboard motors for a slightly different project (this year electric wheelbarrow for rough woody terrain, next year maybe e-chair in similar conditions) and am very intrigued by the original hoverboard motor repurposing:-)

Not trying to discourage anyone tho just noticed a couple other motor suggestions and wanted to voice that I think the original plans are very interesting to me and I think going to specialized options may have some benefits but affirming that there is distinct appeal to hoverboard motors.

I’m also tring to make robotic arm using brushless motor for electric bicycle.
But I’m trying to do this using the motor Magic Pie 2 https://www.goldenmotor.ca/products/Magic-Pie-Edge-Wheel-Only.html
It has 70 nM torque and 1500 KW, 48 volts. The motor weighs about 10 kg.
Also i have power source MEANWELL RSP-3000-48

I tried to use native controller for electric bicycle like this https://www.goldenmotor.ca/products/BLDC-Motor-Controller-48v2000w.html to drive the motor, but i ran into some limitations.
For example, the native controller behaves strangely at very low engine rpm - It blocks the motor as if it doesn’t understand how the hall sensors are located at the moment.
Or controller turns off when the engine has some load current but rpm is zero for 2 seconds (i think this is for do not burn)

I’m very very interesting in this topic.
It would be great if the ODrive be able to control the engine of such a mass with and such current.
Native controller can not properly control the motor Magic Pie.

Can anyone know which motor from the electric bike will be accurately controlled by ODrive? Because I’m starting to think that the cause might be also in the motor 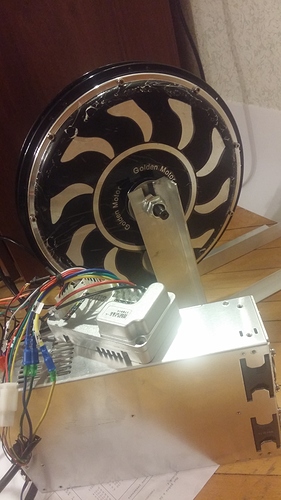 My idea of force-torque control for robotic arm that I’m trying to implement.
The idea is to add a torque or pressure sensor to the robot arm.

It is necessary to know the force applied to the arm of the robot to give an equivalent resistance to the motor. This is necessary for the arm to remain fixed when applying external forces. 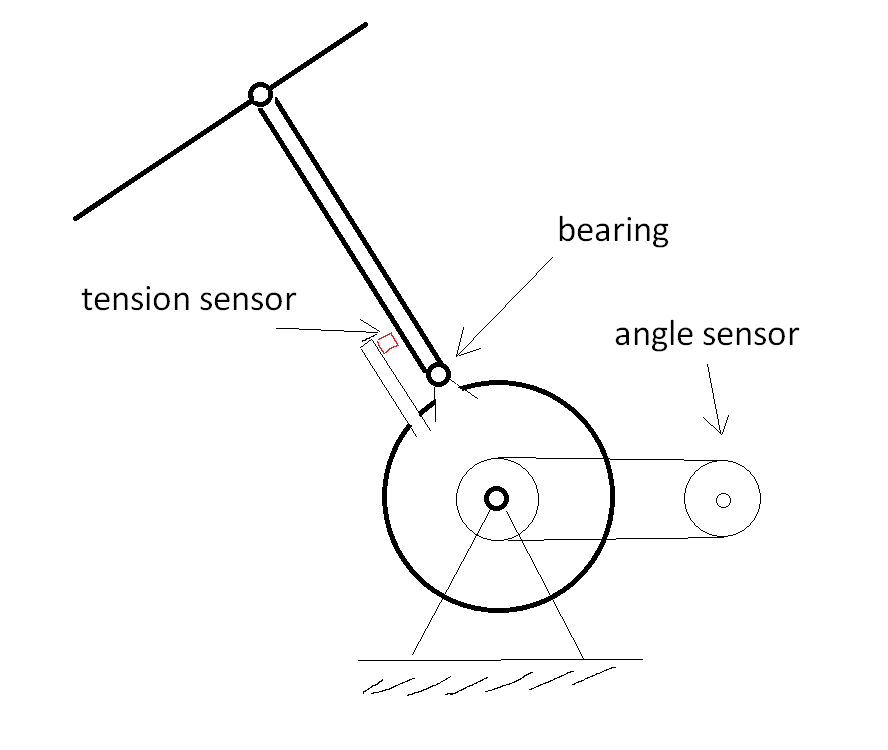 Are you sure you need the tension sensor? The tension applied by the motor is proportional to the motor current. If you have a PID feedback loop controlling to a position target (either inside ODrive or running on an Arduino/RPi/etc) then your PID controller calculates the force required to keep the arm in the same position. A tension sensor might be more accurate but if I understand what you’re trying to do then I don’t think you need it.

I tried to find the current rating of the motor, but I couldn’t, so I can’t say if the ODrive will be powerful enough to drive the motor to its full potential. My guess is that it should be just about enough.

Ok, thanks
Then i will try to do it and send the results.
Yesterday i send a request for an order ODrive but have not received a reply yet

I read the ODrive documentation. So, about the Encoder 600 P / R order and the power resistor everything is clear (although I was planning to use a simple angle sensor like this aliexpress.com/item/Full-Circle-No-Dead-Angle-12-Bit-Holzer-Angle-Sensor-0-360-Degree-0-5V-Output/32422949989.html and connect it to Adruino).

I consulted with the seller of the Magic Pie motors https://goldenmotor.ru and I have a couple of questions: 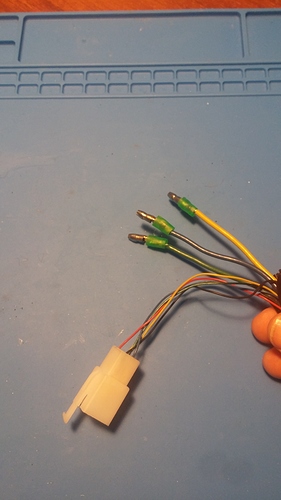 Yes the MOSFETs should be enough to drive a motor rated 60A, but if you plan to do so continously you should use a heatsink on the MOSFETs and add a fan for forced air cooling. Please see the second half of this post for data on cooling of the ODrive.

We plan to support Hall inputs in the future, but we do not support it now. However if you use an encoder you do not need hall inputs, because the encoder tells you all the information that hall sensors would tell you but better. So you can use encoder without the hall signals. The 600 P/R encoder is easy to mount mechanically; the AS5311 and magnet ring is much higher resolution, but you need to align the sensor board well with the ring. Also the AS5311 makes it very complicated to use the index pulse, so you can’t rely on that for now (not using index should be fine for basic calibration every startup, if you can start without load).

Any early feedback on how much weight this arm will be able to lift? I’m also curious what the duty cycle might look like. If it’s over 25kg I’m pretty much going to be ecstatic.

I’ve been doing some VERY homebrew experiments and iIt turns out that using your arm to emulate a command stream based on visual odometry / slam is quite tiring and an error prone process. So I hope you will kickstart this project sooner ratther than later. I can promise a linkedin post about it from me.

and me, i wont just post about it on linkedin… i simply can’t wait to build it myself !
I do not need such 25Kg load. 5 or better 10Kg, with somewhere between 750mm to 130mm reach would be awesome

2 posts were split to a new topic: Hoverboard wheels and ODrive

Very cool… Do you have a link to specs? IE inner outer diameter of the magnet ring…

Cool, the have some magnet rings in the 40mm range… more than large enough for a gimbal motor… How touchy is the alignment between sensor and ring?

I have not read all posts yet. but check what a colleague of mine sent me from the trash: 4 hoverboard wheels, supposedly they all work.

I guess it’s a wonderfull excuse to buy a pair of 48V odrive boards. or should I buy 24v instead? How can i figure it out? (i should know the rate voltage of the original batteries soon)

I plan to dismantle one in about 10 days, just to document and count the magnet pairs.

I also need to find and understand those magnetic ring encoders…

If you intend to gear it appropriately, 48V should be fine. The hoverboard motors run around 8-12mph topspeed at typically 36V (you should check! I am not sure about this number, quite approximate).

Chances are the max RPM of these motors is not super high at their 36V running speed, so that’s why if you gear it appropriately you’ll have higher continuous power at 48V drive than 24V drive (think 2X rpm with 1/2 current vs 1X RPM *1X current).

There are reasons to make the drive 24V, like maybe you don’t want them to spin too fast or you’re worried about losses at higher RPM and 24V has plenty of power for you.

ok. thanks for the feedback. it’s clearer for me. Bottom line is I should buy one 48V, at least for the sake of checking the RPM under 48V.

Assuming I use those for an indoor vehicule (i have not decided if they’ll go to a hoverarm or a vehicule yet), how i possibly gear those motors? the wheel is part of the motor itself. i’m a bit confused