I have the python 3.5 odrivetool working with my motor.
However I need it to work with python 2.7 for use with Neomanic’s ROS node.
How do I run the odrivetool in python 2.7? Do I need to install odrive package into python 2.7 too?
The ROS node currently fails to launch due to not being able to import ‘odrive’

Finally worked this out.
odrive needs to be installed as a python 2 package in order to work.
Note that neomanics 2.7 compatibility patch is no longer required as python 2.7 is now supported by the truck again.

See the ROS node itself: 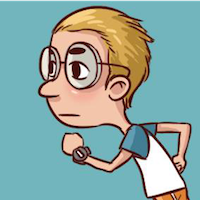 ROS driver for the ODrive motor drive. Contribute to neomanic/odrive_ros development by creating an account on GitHub.

Hi - I’m trying to get Odrive to work with Python 2.7. I’m using ROS as well. The Odrive library works fine with Python 3, but when I follow the above steps with Python 2, the script runs, but it hangs when trying to connect to the board. Any ideas?

Here are some details…

Note - the problem has nothing to do with ROS. I’m testing with a python test app that is completely separate from ROS. I’ve tried on 2 different machines - same problem on both.

Any ideas would be greatly appreciated.