Default config in firmware. ( i believe it matches the n5065)

After doing the calculations, I should be seeing at least 1m/s and am seeing about .4 m/s.

I am using the echo command as follows for testing:

Any ideas one why I am getting such slow speeds?

I am moving about 100g on the belt drive.

What tooth pitch is your belt/pulley?
The first thing to check is that the velocity limit is set to something that is sensible in your application, the default is quite slow: 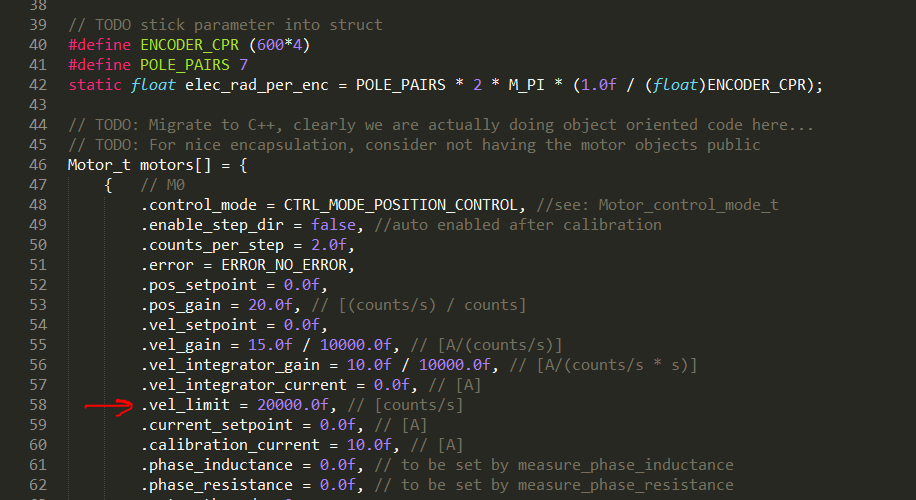 Any suggestions on a good speed?

Also, thanks for getting back to me so quickly!
You’re the man!

Note that this topic is very old. Referenced was the earlier encoder. The new encoder can go much faster.