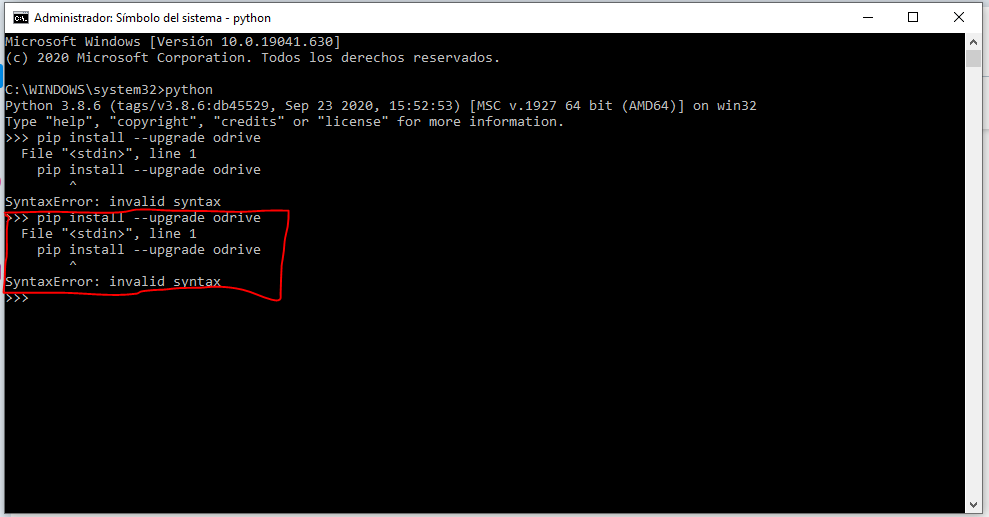 you should not excute this commond in python. Just excute it in cmd.Hope this can help you!

Thanks a lot! In the end I was able to run the odrivetool in standalone mode !!! 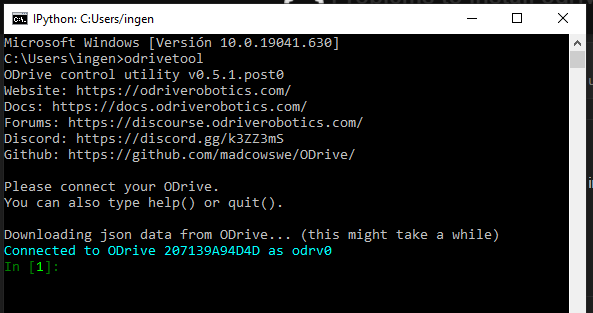 Verifying that everything installed was installed in:

since before it was installed in “roamming”, instead of “local”, and it did not work for me because ipython could not find the libraries to execute odrivetool.

okay…
8. When I tried to run “odrivetool”, I got the following error:

After it lists all the installed packages, I confirm the uninstallation, and then enter:

and in this way it installs the specific version that I need of “Numpy” !!!

In this way, I specify the pip command to install odrivetool in Python version 3.8.6.
I want to clarify that I did not try to install odrive in this way, simply because before installing odrivetool on my PC, I uninstalled all versions of Python, Anaconda, Spyder, etc, and only let Python version 3.8.6 install, but it sure should work !!!
SUCCESSES !!!