So, I have had my motor running in sensorless mode for a while now, but recently the wires I needed to connect my hall-sensors arrived. So I have tried configuring them, but without any success.

Have I blown up the chip? Or is there some setting on my Odrive set wrong?

Pinouts on the sensor, that I used in a previous setup: 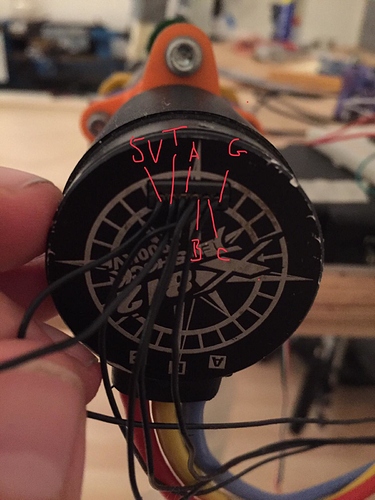 Testing the states of the hall encoders, with 5V and Ground from the Odrive: 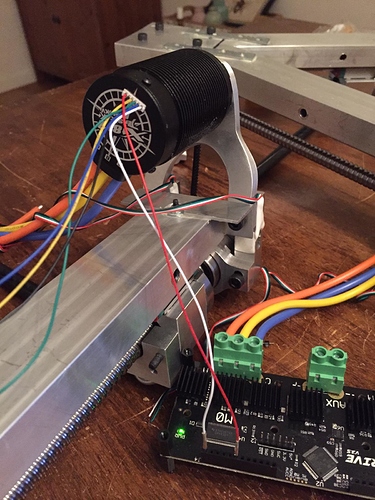 Plugging it into the Odrive, and getting straight 4V on all three sensors: 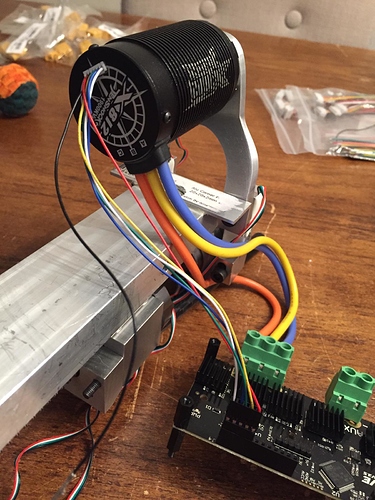 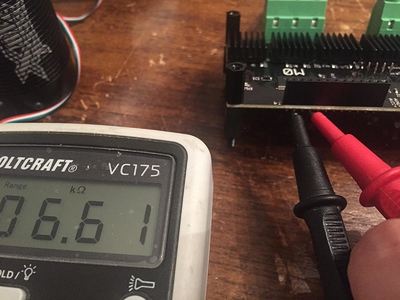 Check out some of the other recent support tickets.

Seems like the solution is to put a 22nF cap between each Hall input pin and GND.

Thanks for pointing them out. I have seen them, and I don’t think capacitors will solve my issue. Capacitors would help filter in a noisy situation, but at the moment my issues is when the motor is static.

The problem I have is that the ABC/Z ports on the Odrive should be low, so that the active hall sensors can pull them high.

Basicly the Odrive is forcing ABC/Z to high, which is an illegal state.

I would try 22nF capacitors anyway, it is easy and believe me i spent lot of time figuring out why it is not working and those caps saved me:) Without caps it is completely strange behaviour it does not matter if your motors are spining or not, just completely strange:)

We have pull-up resistors to 3.3V on the encoder inputs, because many encoders (and hall signals too) are open drain. It seems you have push-pull sensors since you can see the output when disconnected.

Usually push-pull encoders/halls will drive over the 3.3k load just fine. However if you but if your motor’s sensors have really weak output current (<2mA) I guess they could have issues. You can try to de-solder the pull-up resistors and see if that helps.

They sit on the back of the board right next to the encoder input. Check this part of the schematic for the designators: 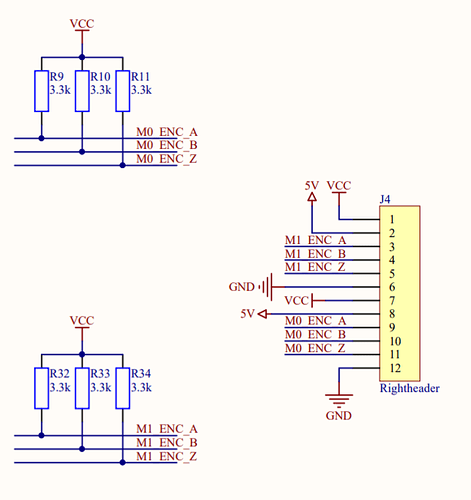 Thanks, that seems to make sense. I just measured 0.42 mA over an activated sensor. Will investigate further, and probably remove the resistors.

That worked perfectly. I am now getting the results I was expecting. Thanks for helping me out with that. Problem solved!

Now I will look into adding the capacitors.

Before removing the resistors on M0: 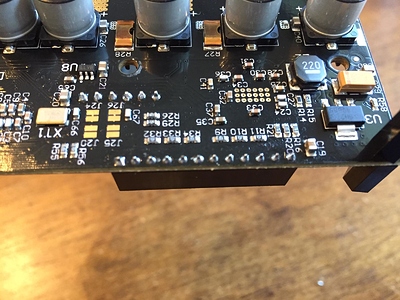 After removing the resistors on M0: 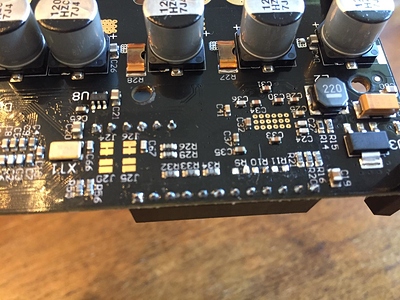 If you still wanted to stick in the 22nF caps, a capacitor to ground is roughly equivalent to a capacitor to VCC, therefore you could use the same pads to install the caps. Convenient! S.