I´ve been working on a project lately but I´m having trouble getting my motor to start up and run consistently. My 149kv aero drive motor is in an oil-filled housing with a 1:30 planetary gear (Running at 1000RPM on the motor with 500RPM/S ramp = 33RPM on the gear). It´s also hooked up to a load which is making the calibration fail. I´m getting CPR out of range. The problem is that I cant increase the calibration current or running current to over 25A before getting a motor failure. Even when it calibrates, I can’t seem run it for very long before it shuts down and I need to restart the entire system. (I think it could be from current spikes as the load suddenly increases…) I´ve had it running at 70 amps before. hmmm . Looks like the load is more than the motor can turn at 25 amps, and is making the setpoint drift ahead of the actual position during velocity control.

I can’t pinpoint a specific problem after a few weeks of trial and error with and without load. Any advice?

Also, I can´t seem to get the Odrivetool plotter to initialize when SSHed into a Linux machine. Maybe an issue for the Github repo? or just something I’m missing.

Adding some photos for reference: (I have more, discourse just won’t let me post them) 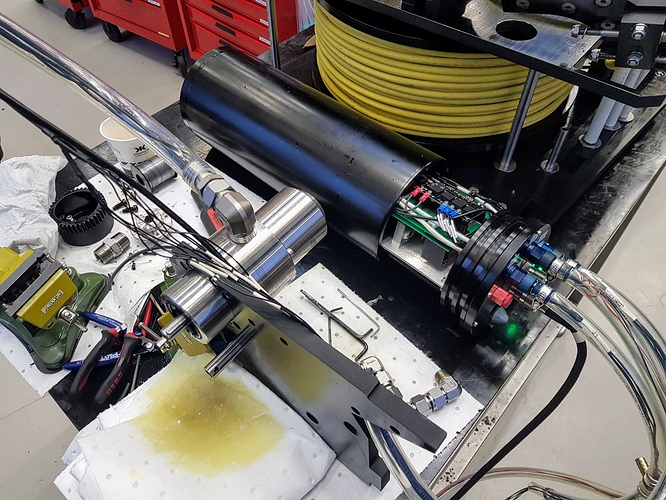 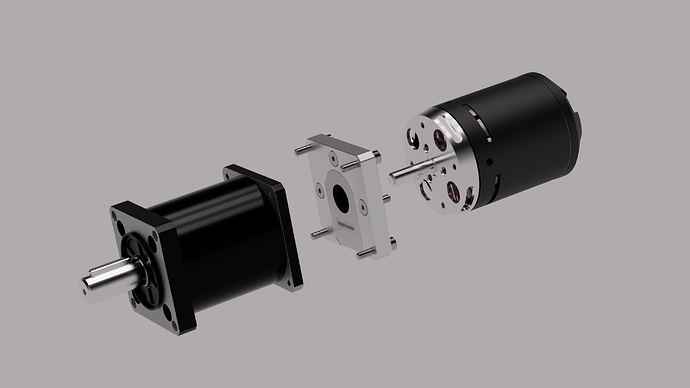 It could be an issue, because the encoder is cacacitive and the oil might very well change the capacitance between the encoder disk and the meassurement points

Hopefully I can answer a few things!

Thanks for the help, I really do appreciate it.

I’m currently only doing index search on boot, and it’s working (almost) all the time. At 35A… With a spring load. Due to the reduction gear, the movement is very small on the gear assembly, which is helping a lot.

I must say I’m loving the challenge, but time is of the essence and I would love to iron out the last few kinks.

I am looking at swapping out the encoder with an absolute one. It’s the same dimension which is awesome. Ditchin’ the entire index thang.

The brake resistor also threw up an error once. Hope it hasn’t melted. Not easy to check.

Wow, that is really exciting!! Hope everything goes well